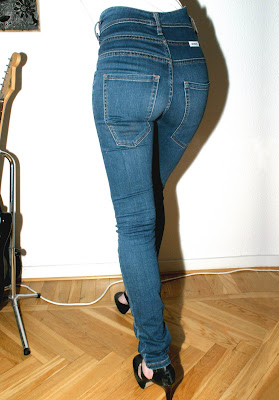 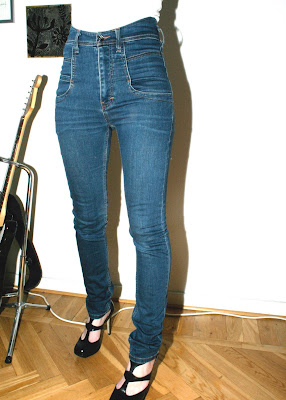 This Summer, Urban Outfitters in USA sold these Ravishing Mad jeans in their webshop and it went really well. They sold out pretty quickly!!!

...but if you wanna get a hold of a pair, you can still buy them at International Playground who has a store both in NYC and LA, and if you're in Canada, you can find them at Rac in Toronto.

Edit (later on same day): International Playground just told me they sold out in NYC, only a few pair left in LA. Hurry up folks!
Posted by ANNA ÖSTERLUND at 6:07 PM No comments: 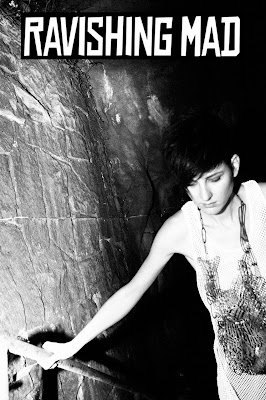 We are showing our Spring/Summer-11 collection during Paris Fashion Week at Capsule. Just drop by and see us, or send me a note: info@ravishingmad.se or +46706064626. Let's hope for a fantastic show ;-)


xo Anna
Posted by ANNA ÖSTERLUND at 11:19 AM No comments:

The most ravishing mad photoshoot 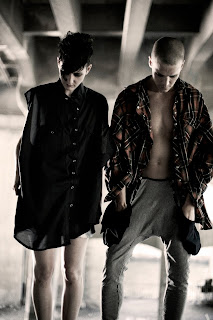 I took Mårten with me on a road trip from Malmö to Stockholm. In June it was, no maybe it was in July, I can’t remember anymore, but it was on a Friday. He brought his tiny guitar and played for the other cars driving by on the highway, and eleven stone Buddhas. I brought some potato and chicken with little red dots that put us into hypochondria mood for at least the following 24 hours. I also brought the collection and a very old pair of welding goggles.

The six hour drive took nine hours cause we didn’t bring any car nazi to tell us not to stop at least once an hour. But that was not a problem, Mårten took his DJing task very seriously on my crappy stereo, and played bands like Pixies and Suicide. Frankie Teardrop was with us the whole time and is part of my crowd now.

We slept at a friend’s place when we got to Stockholm. But before we went to sleep, Mårten lined up his Buddhas on the table. It was for our protection he said. The morning after, when the sun was already unbearably hot, we both got into our striped ass-door jumpsuits that we designed together just days earlier. It was the first time I co-designed with him, always kept that process to myself before. So we went into the woods looking snazzy, Mårten in his white framed shades and me in my shutter goggles. Sat down on a perfectly placed carpet-beating rack in the semi-shade. I trimmed his hair off and we then rushed to the nearest gas station to buy coffee and cinnamon Gifflar. We lived on those ultimate ugly-buns. Never ever trying too hard to please, ugly and flat, impeccable taste.
Few moments later, at Caleb's place, we had some more of those necessities before we packed the car with everything we’d need for the next day and night. Caleb in his magic boots with his cameras and pieces of cardboard. Mårten, all he needs is the hello kitty guitar and his fags. I bought more Gifflar, and the collection was already back in the trunk. We had no plan, we drifted from place to place all over Stockholm, and knew we had to end it all 30 hours later. 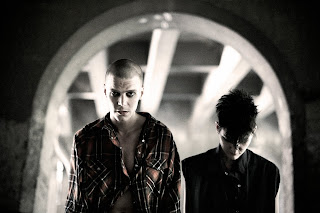 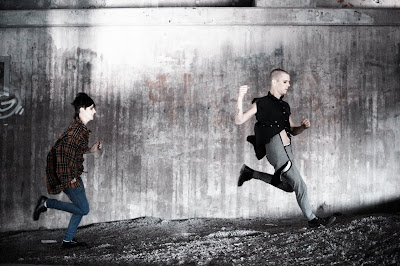 Caleb told us about a place he knew under a bridge. We walked for a long time and climbed through a fence, that only our slim bodies could be squeezed through, then down on a ledge at the bottom of the rock wall right by the channel where all the boats passed by. We waved at some of them and eventually found ourselves under the big rumbling bridge. The bright sun reflected on the water and threw a surreal light into our cathedral. A foot road lead from the bridge abutment and as we spotted it we realized that our little adventure was rather banal. But that magic concrete palace became our home for a few hours, we explored every inch of it. Climbing up on secret shelves, retiring at the top of a crossbar, chasing each other in the gravel. I sprained my ankle, and from a nearby restaurant Caleb got ice that we attached to the foot with Mårten’s old mesh hospital t-shirt. It didn’t matter, we lived in a magic world now. 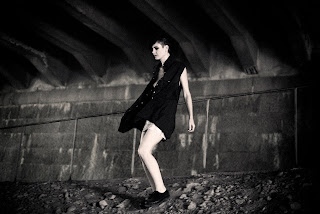 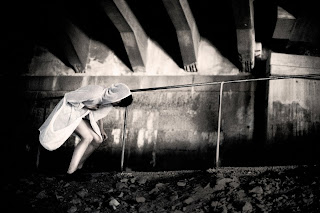 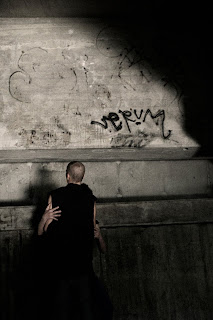 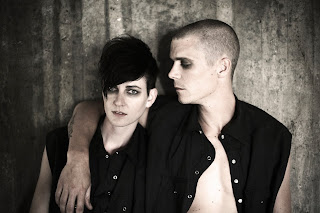 I knew of another bridge leading over polluted water from an industrial area and shipping port, to a beautiful green island. In the sunset it seemed like the end of the world. We were the last survivors and the evening breeze started to get cold. Stepped into the sea in those wonderful jumpsuits. The cold water did wonders to my ankle and I tried not to fall on the slippery stones. 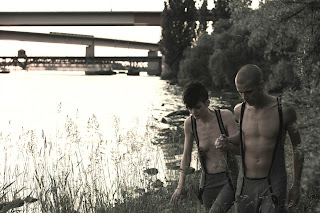 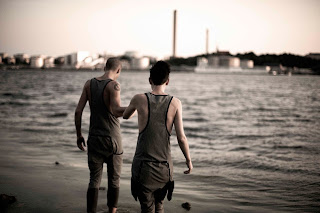 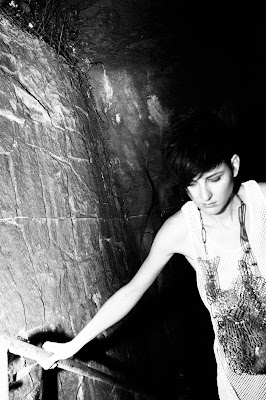 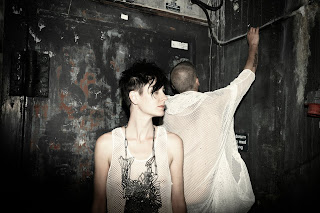 Back at Caleb's apartment we met Hanna and while we waited for total darkness, she unpacked her wonderful jewellery that she kept in a very old brown suitcase. We were all in a rather quiet and almost manic, bordering to apathetic mood, and floated in time. Suddenly the darkness was there and we walked to The Hole.
Caleb had passed it by a hundred times before and was always fascinated by it, but never went down into it before. The Hole he found at the corner of a park right by the street, a fence hid an overgrown staircase leading deeply down to an old bomb shelter closed by an enormous metal door with hinges larger than our heads. We walked up and down the stairs, barely talking occasionally, and sometimes resting on the railing. Tried not to burn ourselves on the nettles. Hanna dressed us with her heavy jewellery and we didn’t even bother to mind that it was pretty fucking cold wearing only the draped mesh garments. Caleb folded his cardboard pieces into different shapes of interesting looking cylinders and taped them onto the flash to steer it’s light. 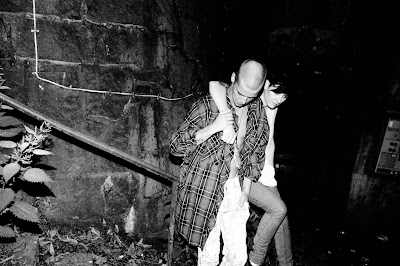 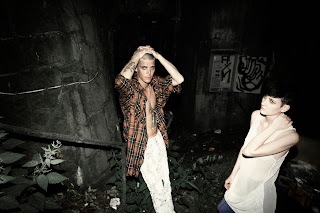 We were all eager to catch the sunrise as it started to get lighter around maybe two in the morning. At an empty parking lot by the containers in the shipping port we saw the first light of a cloudy day and we didn’t say a word. Caleb’s arms were aching and he started shooting from the hip. Hanna fell asleep in the car and Mårten couldn’t find his fags. I had some more painkillers.
Neither of us wanted to stop and there was no one there to tell us when enough was enough. But at five, the memory card was full and we got four hours of sleep back at the apartment.
When we woke up, Caleb made pancakes, and photographed us all over again in the basement of the artist collective he’s a part of. We threw balls at each other, screamed, leaped through the air the highest we could, did just anything that crossed our minds. And Caleb shot from his hip. 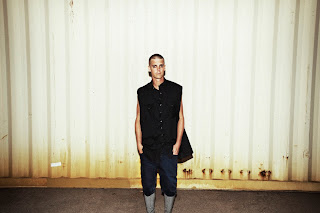 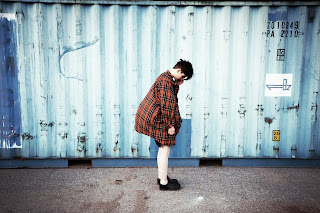 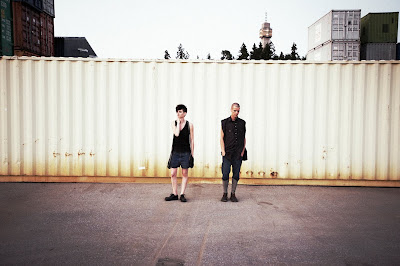 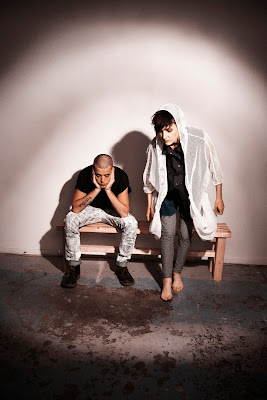 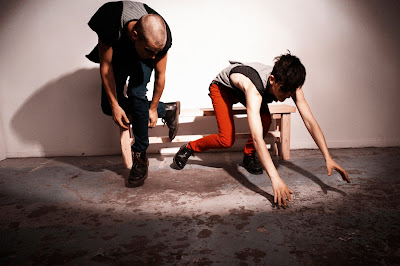