I got this rage 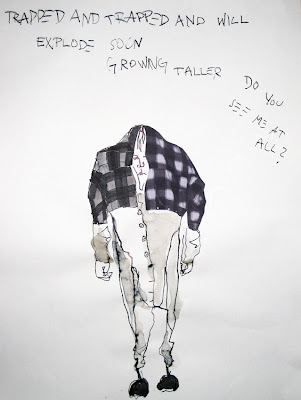 If you ever find me,
make me paper thin,
pin me up and leave me,
or sit on me with all your weight
with no restraint so I can't breath.


If you ever find me,
draw my outlines thick,
define me with a marker,
in any shape and every shade,
plastic lines of reds and greens.


But if you ever find me
I'll throw my weight on you,
with borrowed force I kick and scream,
tearing, I will wear you out,
biting, breathless still. 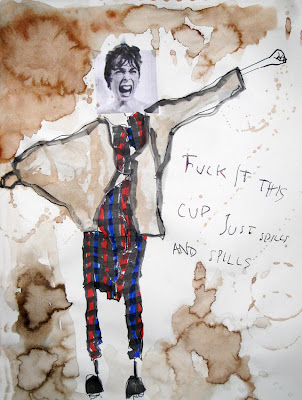 I hope you'll never find me.
I'll do my best to hide from you,
I have become what I most fear,
drop this cup that spills. 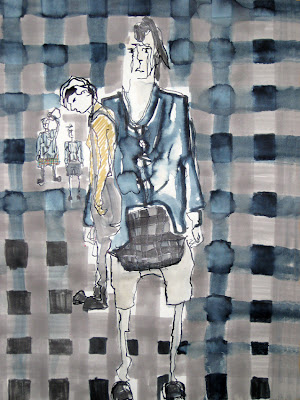 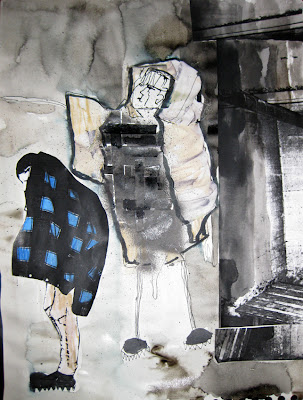 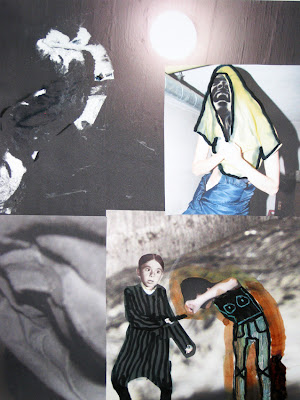 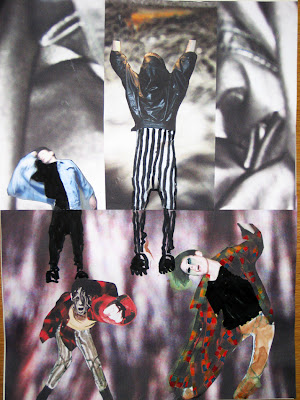 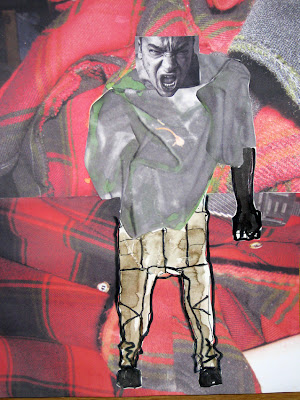 Posted by ANNA ÖSTERLUND at 10:46 PM No comments:

I've been really bad at updating my homepage with the press that I've received, but I can only improve from here, right!? Here is some of it and there's more on the homepage and I have a lot more left to scan and post...I'll try my best...

And yeah...here is a long interview with me by wicked Steff in Canada, kind words about the SS-11 collection from Italian Frizzifrizzi, and also from Francesco di Maio - the editor of the first and only Egyptian men's wear magazine Uomo Moda.


Posted by ANNA ÖSTERLUND at 12:30 AM No comments:

Email ThisBlogThis!Share to TwitterShare to FacebookShare to Pinterest
Labels: press

Pop up store in Vienna

This week it's the last chance for you boys and girls to get some Ravishing Mad threads in Vienna from the  Pop up store concept MODE:BLOCK

Find the pop up stores at the following 3 addresses:

Email ThisBlogThis!Share to TwitterShare to FacebookShare to Pinterest
Labels: Retailers

Right about when I had turned 15 my parents were out of town and I invited my friend, who was quite an innocent daugher of a priest, to stay over. We had planned to take the bus to the big video store in the city to rent our first horror film and I, who had done my research, knew that The Tenent (Le Locataire) by Roman Polanski was the proper film to start out with. I did not know how many films the video store would have, but had reflected upon the fact that it would be hard to choose from a big quantity if we came unprepaired.

This was the first time I ever rented a film so I approached the counter in a quite formal manner and asked for the VHS copy as my friend waited by the entrance. The man sneered at me and asked me if I was sure. I nodded quickly and he got up and pulled it down from one of the top shelves and handed it to me. I started counting the money my friend and I so neatly had collected, when he looked at me and said: -I'm going to have to see your ID card, you know you have to be 15 to rent this.
-Oh. My heart sunk. I don't have any yet...
-Well, have you rented anything here before then?
-...No, I whispered and looked down.
-You're going to have to come back some other time in that case, he stated and reached for the film in my hand.
I turned around and embarrased I stepped outside to break the news to my friend. We looked into each other's eyes filled with hopelessness and we sighed.
-No! I suddenly said and declared to my friend that this wasn't good enough, we simply had to see this film.
-I will not return home empty handed!
We came up with the brilliant idea of letting someone else rent it for us and immediately returned to the jittery and determined mood we had just lost. I stopped a young and moderately handsome man in the doorway and asked him to rent the Polanski film for us and promised with the hand on my heart that I was fifteen. I quickly pulled out my library card and anything else I could come up with as proof and he laughed entertained.

-Why would you girls wanna see such an old film? He shook his head and easily continued. -But sure why not, you seem to know what you want, just make sure to return it on time!
-Yes I promise you and thank you so much you, you have saved our lives, I chattered.

We returened home in triumph and made slightly burned popcorn on the stove after which we excitedly sat down in the sofa and turned on the film.

A man moves in to an apartment in Paris recently vacated by a woman who committed suicide. Slowly he begins to suspect that the other apartment tenants are conspiring to drive him insane and he begins to play along in an attempt to gather evidence against them. Paranoia overwhelmes him and the creepy neighbours makes you wonder what really happended to the deceased woman.

The slow tempo, the oh so typical Polansky soundtrack, the mocking of the lead character's total desperation and anguish made me a total wreck! Or was he trapped in his own fantasy? I was terrified, could not sleep for weeks, I still think of it sometimes. I can count the psychologically frightening films I have seen since on my one hand.

Read the book store conversation too.
Posted by ANNA ÖSTERLUND at 10:12 PM No comments: